The History OF First Baptist Church of College Park

During the early years of Rev. Wright’s pastorate, the Prayer and Praise Service was moved from Tuesday to Wednesday nights (2000); Lott Carey Foreign Mission was selected to receive and distribute foreign mission funds (2001); a Food Bank was established; and a partnership with Shepherd’s Cove in Prince George’s County, Md., was developed to provide rental assistance for homeless women and their children (2001).

By the close of 2002, a redesigned music ministry was implemented. Three choirs were disbanded – the Ebony Chorus (2002) after 26 years of service; the Senior Choir (2003) after 75 years of service; and the Volunteer Choir (2004) after 53 years of service.  Today, music is provided for worship services by the Cross and Crown (mass choir), the Youth Choir and the Men’s Chorus.  However, in February 2016, the choirs were changed to the Youth Choir singing on the second and fourth Sundays and the Men’s Chorus providing one selection on the same Sundays.  Additionally, on the fifth Sundays a mass choir provides the ministry of music. From its roots in the late 19th century until the present, the First Baptist Church of College Park has grown tremendously.  On May 31, 2006 the church voted to purchase the property at 5017 Lakeland Road to be used as the First Baptist Church Annex.  The house was dedicated on July 29, 2007 and paid off in 2008.
Through the leadership of pastors with foresight and vision, it has truly become a beacon in the Lakeland/College Park community.  Ever looking forward, and realizing that where there is no vision the people perish, Pastor Wright continued following the Lord’s guidance and sought to strengthen the ministry at First Baptist.  He reordered the morning worship service to include more praise and worship by forming a Praise Team in January 2007 to lead the congregation in praising the Lord on the second and fourth Sundays in each month.  He also added liturgical dance to morning worship by having God’s Prayze in Motion dance during the meditation period on the third Sunday in each month.  This move allowed the youth to be more active in the worship service, beyond providing musical selections in the Youth Choir.  In February 2008, the Adult Dance Ministry (later named Spiritual Praise)—which consisted of older members—was added under the Music Ministry.  Pastor Wright appointed Minister Andre Johnson as the Youth Ministry Leader in March 2008; and, in April he started preaching on the second Sunday in the month when the Youth Ministry was in charge of the service.  Minister Johnson was later appointed as Assistant to the Pastor in January 2009.  Seeking to extend the reach of First Baptist, Pastor Wright appeared live on WAVA 105.1 in May 2008 to discuss the donation of a home for the poor in Haiti.
New changes continued to take place at First Baptist as the church grew in spirit and grace.  Sisters Sheila Hobson, Yvonne Johnson, and Mary Sellers went into training in July 2009 to become deaconess.  They were later consecrated for the work of the Lord in January 2010.  And, after the passing of the long-term father of the church, Deacon Joseph Williams, Deacon Gene Kennedy was appointed father of the church in April 2010.  Brother Gregory Johnson was ordained as a deacon in August 2010; followed by Brothers Leonard (Leo) Cloud and Wilbert Whitaker entering into training to become a deacon in December 2010 (ordained in October 2013).  A new mother of the church—Deaconess Julia Pitts—was appointed in December 2010, following the death of Deaconess Hattie Sandidge.  Additionally, in November 2012, Pastor Wright appointed Minister Wilma Ogburn to be the ambassador to the College Park community, as the community liaison, keeping First Baptist informed of opportunities to engage with the community in activities in line with First Baptist’s theological and philosophical direction.
Renovations also took place at First Baptist because God’s house should be a welcoming place to all who come to worship.  During 2011-2012, a full renovation of the main sanctuary began.  The carpet was replaced, new chairs in the balcony and choir loft were installed, new seat padding was secured and the building interior was painted. To continue upgrading the facility, the parking lot was resurfaced with lines added for parking spaces.  Later, the roof was replaced and the kitchen was fully renovated.   To ensure more efficiency in operations, the administrative and financial offices were reorganized and restructured to utilize the latest technology. 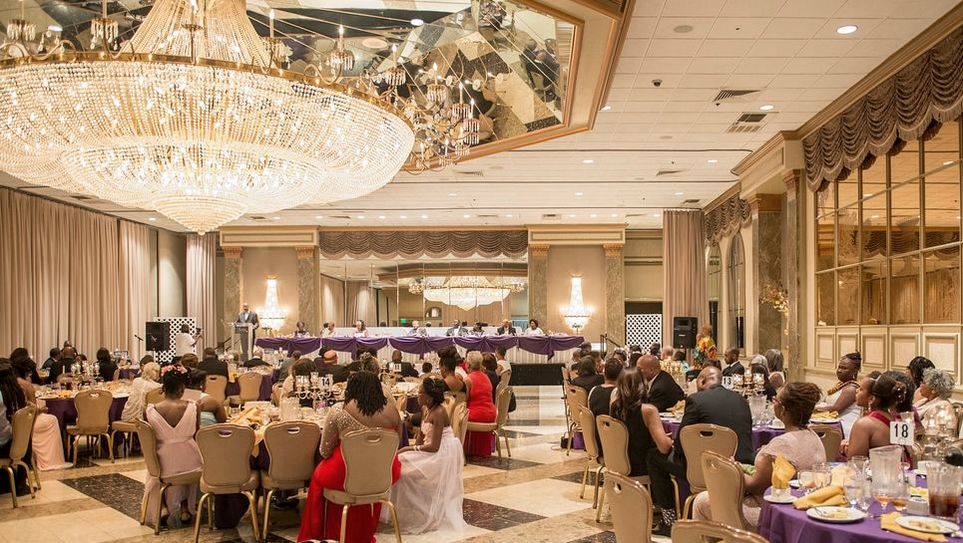 125th Celebration
Each day, history is being made—that’s why it’s called history.  First Baptist is celebrating 125 years of history; and, Lord willing, there’s even more to come.  There will certainly be more adjustments as the Holy Spirit leads; more fine tuning as we grow in grace.  It’s exciting to see what the Lord has in store for this faithful ship of Zion.
(Revised May 2016)